While the 2020 racing season endures the longest intermission in its history, Garrett Green sits atop the Top Gun Sprints point standings on the strength of two wins in the first three events on the season.

Though only 21, Green has extensive racing experience that started with Go-Karts at the age of 5. He proceeded to a 4-cylinder open wheel Modified before finally getting into a Sprint Car at the age of 13. His first car in competition was the family-owned pavement Sprint, whose seat had opened up when a brother-in-law stepped away to concentrate on family obligations. The transition was not immediate, though. Garrett broached the subject to parents Gary and Robin, who initially said no. Garrett then practiced a car for a competing owner and the Greens decided they would rather have their son in their car than be beaten by him in someone else’s.

It did no take long for the accomplishments to begin to pile up. Garrett made the trip to Anderson, Indiana for the 2013 Little 500, finishing 10th and earning Rookie of the Year honors. In the process, he became the youngest driver to be honored, joining a list of prestigious names in the sport that included one of his racing idols Dave Steele, who was rookie of the year in 1992. Garrett moved to Toledo, Ohio to join the Don Wilshe-owned Biobased team with Dave Baumgartner, which gave him an opportunity to experience racing in the Midwest with the Michigan-based Auto Value Super Sprint Series and Hoosier Outlaw Sprint Series.

Florida served as the home of the first win when Garrett captured an October 2014 event at Desoto Speedway. With a half dozen wins on pavement and nearly an equal number on dirt, Green has shown versatility in his racing. His latest efforts are concentrating on dirt, where he drives the #82 for Hardy Maddox.

Now residing in Dade City, Garrett works in site development and has stayed busy throughout the racing hiatus. The crew is using the time to keep up preparation for the racing season. “We spend every day after work in the shop.” He said. “You do your homework, you get good grades.” The most important lesson learned from racing? “Work hard, because hard work will pay off.”

Garrett appreciates the support he has been given along the way and a new partnership will be strengthened this weekend. On Saturday, April 18, Garrett and Nikki Voisey will be married. Make sure to congratulate the newlyweds when you see them.

Favorite Track: Winchester – “It will make you see God” (Garrett led the 2014 King of the Wing event)

Toughest competitor: A.J. Maddox. “He’s always hard to beat. He keeps you on top of your game.”

Favorite number: I started with the number 3 in Go-Karts because it was available. I don’t really have a favorite. I like the #82 because it is something different and has a history with it. 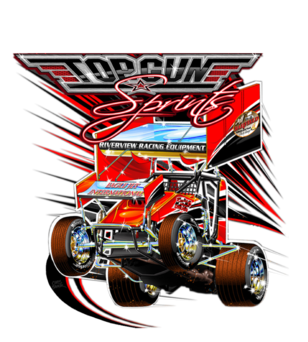