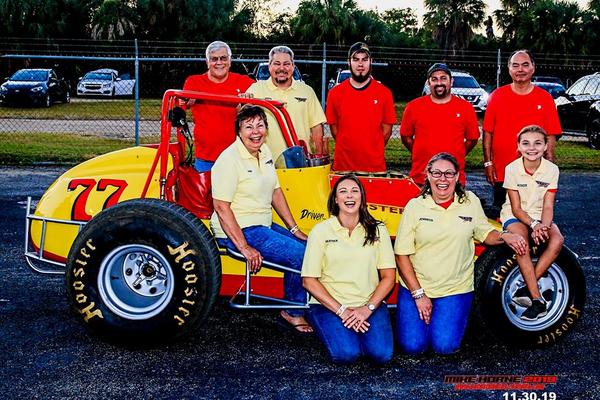 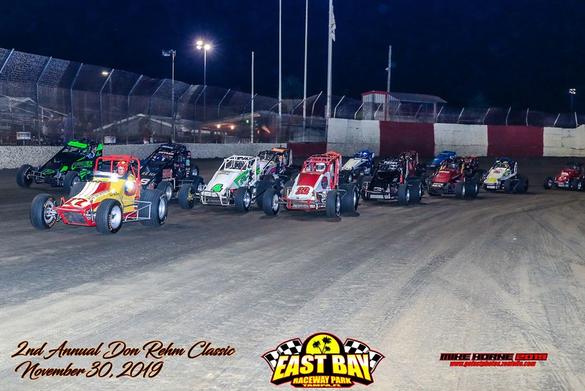 For the Top Gun Sprint Series, the Don Rehm Classic gives the teams a chance to take off the wings and do battle at the Clay by the Bay. Entering the contest, which was the final event of the Top Gun Sprints regular season, two-time series champion AJ Maddox led the points by 20 over Keith Butler.

Maddox would get started on the right foot by winning his heat race, joining Andrew Griffin and Shane Butler as the trio of drivers who had the shot at the Lee and Jeff Barfield Clean Sweep Award, which offered $600 on this night.

Maddox and Butler would share the second row at the start of the 25-lap main event with Griffin poised on the inside of the third row. At the start, Billy Boyd and Bryan Eckley put themselves in position to have a say in the outcome, but Shane Butler would be running third for the first caution. It wouldn’t take long for Butler to assert himself into the lead on the restart as the race enduring a few early cautions. Maddox made the move to take second the seventh lap, but the leader was hiding among lapped traffic. Butler masterfully worked his way through the field to keep th​e point until a mid-race caution bunched the front runners again. As the second half began, action again centered on the lead two cars with Maddox pulling a slide job for the lead, only to have Butler take it right back by turn one. The final caution flew on lap 22 when Tim George and Boyd tangled in turn three, setting up a shootout to the finish. The lead changed hands four times in the last two laps and the two raced off turn four to Derek Powell’s checkered flag in a photo finish. It was Butler who claimed the win by the slightest margin, but his second-place finish gave Maddox his third series title.

It was an exciting conclusion to the 2019 campaign. On behalf of East Bay Raceway Park, we thank the competitors and staff of Top Gun Sprints for some excellent and exciting programs. We look forward to the return of the Top Gun Sprints as part of the 2020 Winternationals in late January.